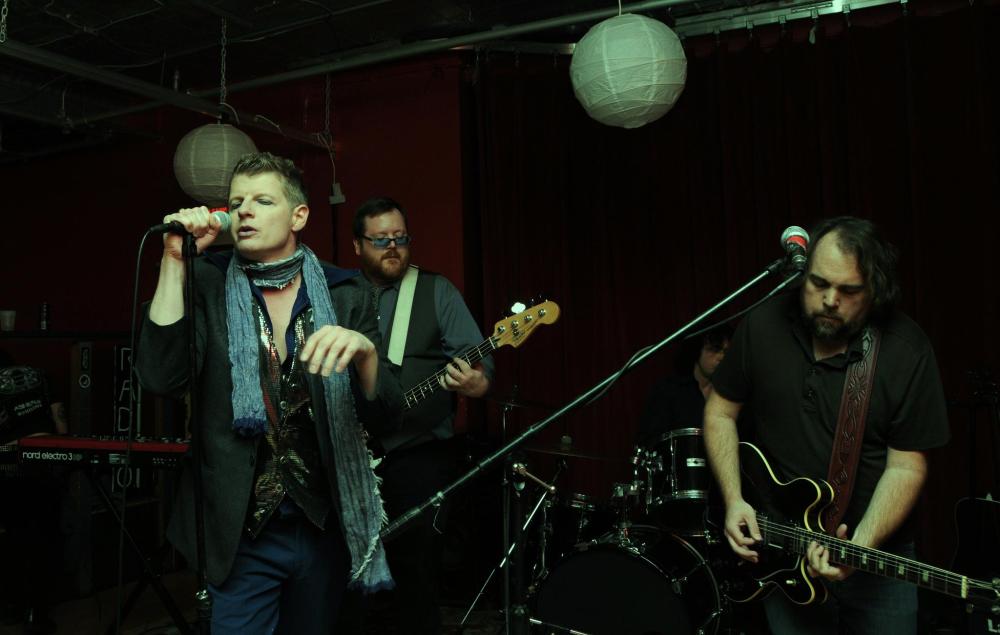 Binders of women, and men for that matter, turned out to celebrate Radio’s first year of rocking Boston on October 13, 2012. The all-star lineup began at noon and roared into the night. Parlour Bells closed an evening set with the eulogy to radio (the broadcasting medium, that is) “Airwaves.” And the performance was enough to gain this nod of approval from Jed Gottlieb of The Boston Herald: “Parlour Bells’ “Airwaves” is a contender for song of the year. I’d yet to hear it live. Really cool.” The news capped off a week that began in the state of the art Redstar Union Studio in Kendall Square, where Parlour Bells did an intimate performance, which was filmed in stunning high definition and live-streamed to audiences online. Fully produced video of the performance is expected soon. Until then, here’s the “making of” “Airwaves” video which, as a song of the year contender that involved so many notable voices from Boston, would be a win for the entire music community.